Is Cheerleading a Sport?

Cheerleading is a sport because it involves physical exercise, training, flexibility, and competitiveness. Cheerleaders don’t just cheer for teams but also participate in cheer competitions, for which they need to develop high endurance, flexibility, and team spirit.

Cheerleading is a team activity where cheerleaders work together to perform energetic, acrobatic, and gymnastic routines that aid in motivating their audience. Cheerleaders can perform these routines for competitions in official tournaments all over the world. 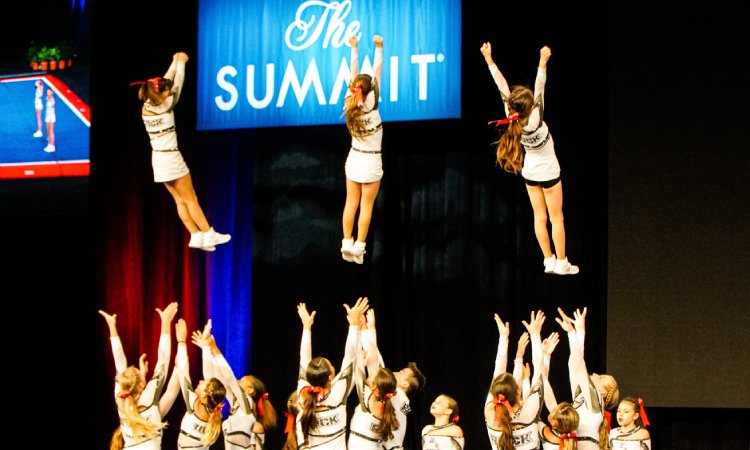 When cheerleading first came about in England in the 19th century, it was surprisingly full of men. Male groups would chant catchy phrases during sporting events, and the activity caught on and became popular with the fans that wanted to support their team.

In the late 1890s, Princeton University was the first school to designate three male “cheerleaders” to perform their cheer phrases at football games.

It wasn’t until the 1920s when women were allowed to join and participate in cheerleading. Even then, it wasn’t a very popular activity for girls until the 1940s, and World War II came with male students leaving for war.

The 1950s brought more female cheerleaders, and by the 1970s, women dominated the college cheerleading world and high schools across the US. Early cheerleading uniforms in the 50s typically consisted of a sweater with the school’s initials and a knee-length skirt with saddle shoes to complete the ensemble.

As the years changed, so did the uniforms. Skirts became shorter and more manageable and swapped out the sweaters for short-sleeved shirts but still kept the schools’ initials. Today’s uniforms are now made with athletic-friendly fabrics, usually blended with spandex for flexibility and easy movement.

In recent times, cheerleading has become 97% female in high schools. It’s pretty peculiar that what started as an all-male activity has become seen as one of the more female-minded extracurricular pursuits a student can join while in school.

In colleges and universities, male participation in cheerleading increases and makes up about half of all cheerleaders.  Male cheerleading in professional sports is still not extremely prevalent, but the inclusion of two men on the NFL team the Los Angeles Rams at the 2019 superbowl may help to make male cheerleaders less of a taboo topic.

Cheerleading Is a Physically Demanding Activity

Cheerleading has come a long way since its inception. You might remember seeing girls in the 50s and 60s waving their pom-poms and standing on the sidelines at high school and college games; it is not the same type of cheerleading you see today. Cheerleading has evolved into a physically demanding, competitive activity with cheerleaders forming into serious athletes.

We have realized that cheerleading today with competitions and complex routines has only existed for the past 25 or so years. A great example of explaining how cheerleading has evolved into the high-intensity workout it is today is the movie, Bring It On (2000).

The story follows a new girl at a new school that wants to join the gymnastics team. But the school doesn’t have a gymnastics team, so she gets talked into joining the cheerleading squad. She finds out that cheerleading isn’t just wearing short skirts and high ponytails, but a combination of gymnastics, acrobatics, dance, jump, and other various types of sport, all while performing multiple routines per event.

The film also introduces cheerleading competitions and continues to showcase them in the later movie franchise.

Another Netflix show that promotes cheerleading would be series Cheer (2021). This TV Show follows cheer team Navarro, looking at their training sessions and the hard work they put in to get ready for big cheerleading competitions, inspiring many cheerleaders today!

An experienced cheerleader will be trained in elements of jumping, tumbling, strength, endurance, and flexibility. They will need to have strong upper back, arms, and shoulder muscles in order to perform routines that involve pyramids, tossing teammates in the air, and catching them on their return.

Cheerleading Can Be Highly Competitive 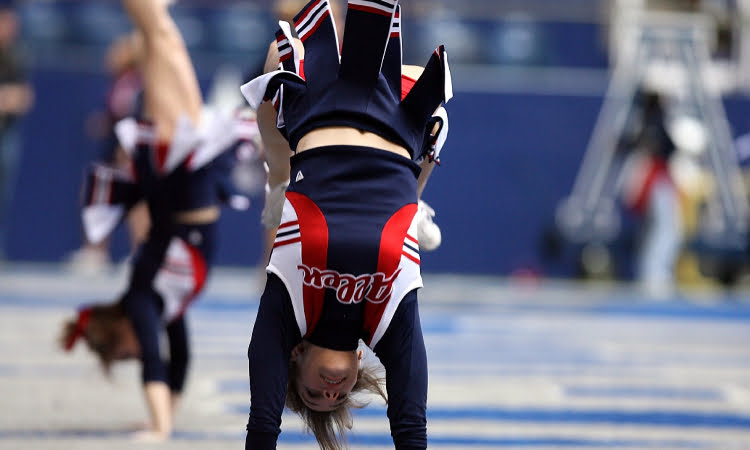 Over the general timeline of cheerleading, the first competition was introduced in the 1980s by the National Cheerleaders Association. Today, there are cheerleading competitions worldwide, with 105 nations belonging to the International Cheer Union and national and international tournaments happening annually.

Among the regional and state cheerleading tournaments for high school and middle school teams, winners of these events have a chance to compete in the Cheerleading World Championships. The competition takes place in Orlando, Florida, with more than 9,000 cheerleaders competing from 40 countries.

Teams perform a series of routines at this competition that can only last two minutes and thirty seconds while moving up in different rounds over three days. It is a prestigious honour to win the championship as you must win a bid even to be enrolled in the tournament. Only a small number of teams will move on to the final rounds.

The IOC Recognizes Cheerleading as a Sport

In 2021, the International Olympic Committee granted acknowledgment to the International Cheer Union. This means the ICU can apply to be a part of future Olympic games if they choose to do so. It’s a big step for the cheerleading world and may lead to cheerleading making an Olympic appearance as a competitive sport in years to come.

After all, the ICU had appealed for this to the IOC 11 years ago! They received provisional recognition back in 2016. A change like this can inspire more females to participate in cheerleading and take their talents to the next level. Plus, gym owners can benefit from the change and prepare these talents to be where they deserve to be.

We may not see cheerleaders at the Tokyo Olympic Games. Perhaps, we’ll see them at the 2028 Olympic Games in Los Angeles. Let’s cheer for them!

So, Are Cheerleaders Athletes?

Cheerleaders are athletes whose athleticism should be celebrated. Like other athletes, cheerleaders must commit to challenging training to compete in cheerleading competitions and go home as winners. Cheerleaders don’t just dance and cheer but also perform impressive stunts.

Like other athletes, cheerleaders are required to stay fit and improve flexibility, too.

Cheerleading has come a long way in being recognized as the high-intensity and athletic competitive sport it is today.  From its beginning as a pastime performed by men during college games to international tournaments to receiving recognition from the Olympics, you cannot deny that cheer is a sport. 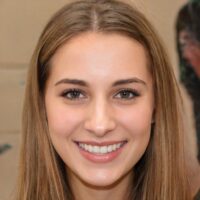 Hi! My name is Ellie, thank you for checking out Gymnastips! I am a qualified Level 2 Artistic Gymnastics coach who has been coaching for 10 years but dancing and flipping since the age of 4.

My aim with Gymnastips is to educate people on the importance of this amazing sport along with others alike, bringing you informational articles and helpful tips and advice!